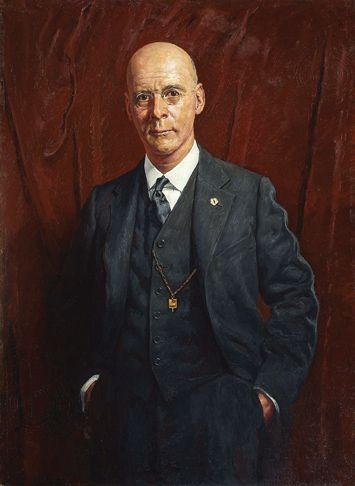 In 1911, the Reverend Dr. Churchill Gibson Chamberlayne founded the Chamberlayne School for Boys in the 3300 block of Grove Avenue. In 1914, the school moved to its present location, and in 1920 changed its name to St. Christopher’s School after its purchase by the Episcopal Diocese of Virginia.


The influence of the educator, Episcopal priest, and historian has prevailed for a century. He believed in a liberal arts education -- academic rigor, athletics, appreciation of the arts, and development of character and integrity -- what we now call “educating the whole boy.” He recognized the significance of daily chapel in undergirding the school’s core values. Dr. Chamberlayne wrote several books, the school song, and the school prayer. He developed a form of daily worship, framed by Psalm 111, which is still used today. He loved the outdoors and understood the benefits and lessons, especially for boys, to be gained from healthy competition.

During the early years, he started three initiatives that have served as critical components of the school’s focus on leadership development throughout the first century--the Honor System, the Literary Societies, and the Missionary Society.


After a long illness, Dr. Chamberlayne died in April 1939. His legacy continues in the daily rhythm and traditions of St. Christopher’s.

"Dr. Chamberlayne developed these programs to support his belief in the key roles that moral courage, service to others, and communication play in the development of ethical, inspirational leaders."